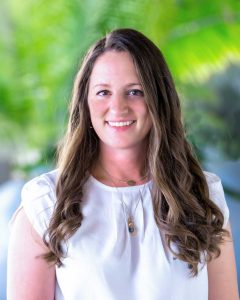 Dr. Chima grew up in rural Illinois, and moved to North Carolina in 2008.

She attended dental school at East Carolina University. Dr. Chima enjoys all aspects of dentistry, and regularly attends continuing education classes to provide guests with the best care possible. She takes pride in really getting to know her guests and loves working with all ages. Dr. Chima also enjoys volunteering her time with the NC Baptist men’s dental bus, and NC Missions of Mercy clinics.

Outside of dentistry, she loves spending time with her husband Eric. She loves the outdoors and playing sports, especially Frisbee golf, volleyball and softball. Dr. Chima and her husband recently moved to Apex and are very eager to settle in and fill their home with dogs.

Dr. Jonathan Puza was raised in Lexington, SC. He attended the College of Charleston in Charleston, SC, prior to his dental studies at the James B Edwards College of Dental Medicine at the Medical University of South Carolina. Dr. Puza was recognized as the top clinical student in his class upon graduation.

Dr. Puza was then commissioned as a Captain in the United States Army. He completed a 12 Month Advanced Education in General Dentistry program at Fort Jackson, SC, and was again recognized as the top of his class. He served four years in the Army between Fort Jackson and Fort Bragg, NC, before leaving the service with an honorable discharge.  He continues to serve in the US Army Reserves.

Dr. Puza works with his patients to provide them with the highest level of care, whether they require simple fillings or complex tooth replacement.  He will also be expanding his services to include sedation dentistry.

He is joined in the Triangle by his wife Amber and their toddler Margot. Dr. Puza mostly spends his free time chasing around his daughter but also tries to find time to go fly fishing when he can.